Villard Avenue is named after German immigrant, Journalist, Railroad Tycoon, journalist, and abolitionist Henry Villard? Henry Villard was born Ferdinand Heinrich Gustav Hilgard on April 10, 1835 in Speyer Rhenish Bavaria, Germany. Due to tensions with his father, he sailed to the United States, and adopted the name (Henry) Villard to conceal his identity from anyone (that may be) intent on making him return to Germany. As a journalist, Villard eventually met the most outspoken
abolitionist of the day, William Lloyd Garrison who was the editor of the controversial magazine “The Liberator.” He
later married Garrison’s daughter Helen Frances “Fanny” Garrison, a women’s suffrage advocate.

She and their son Oswald Garrison Villard were two of the original founders of
the NAACP. Villard also became friends with Thomas Edison, understanding the
need for electricity, while it was still in its infancy, Villard worked with Edison to
develop the first electric powered trains.

In 1858 while working as a reporter /journalist for the Stats-Zeitung
magazine,Villard met Abraham Lincoln, and the two became acquainted while
caught in a storm waiting for a train. Henry Villard was the only journalist that
President Lincoln allowed to travel with him on his presidential campaign. And in
1890 Henry Villard, and Henry Clay Payne created the Milwaukee Electric
Railway Company, which established the first real electric streetcar. Villard died
in November 1900 in NY. 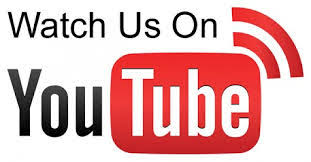